Connecting Generators to the Grid for Savings

More and more of our energy now comes from renewable sources. Variability of energy sources like wind energy creates additional challenges for electrical utilities to balance electricity supply and demand. This increases incentive for managing electrical demand and using distributed generation that can be started with short notice.

Industrial and commercial customers have two separate electricity measurements that contribute to the charges on an electrical utility bill, energy charge and demand charge. The electricity demand charge can be reduced for the entire year by managing a customer’s peak KW.

The peak KW demand, often related to winter heating in Canada, is applied as a KW demand charge to all monthly bills for the subsequent year. Operating a generator a few times a year, during times of peak usage, can reduce the peak KW demand charges for many months. The savings on the electricity bills can be much greater than the cost of fuel for a few hours of generator operation.

In the future we will likely see more financial incentive for customers to manage their electricity demand in coordination with available generation and the limits of the electrical utility grid.

Most backup generators are equipped with traditional transfer switches. These can be upgraded with new switchgear and synchronizing controls.

In the example photo on the right, new 1200 Amp breakers and bus are built on a single back panel. The components of the existing transfer switch are removed and the new back panel is installed into the same existing enclosure, previously used by the transfer switch, and connected to the existing power cables. 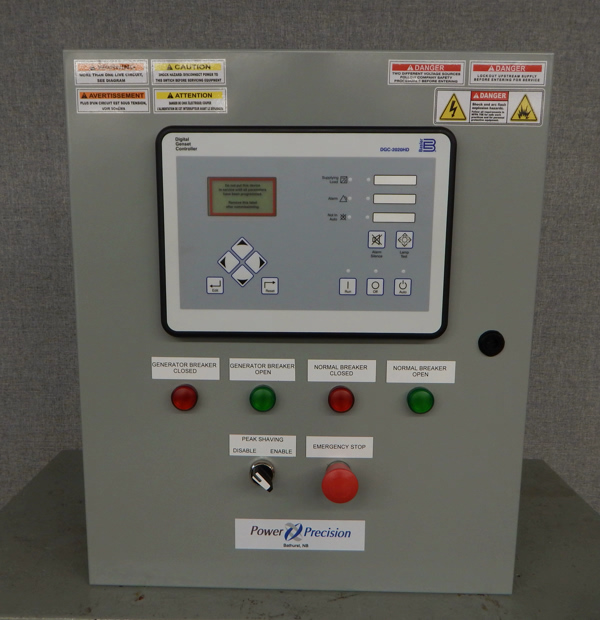 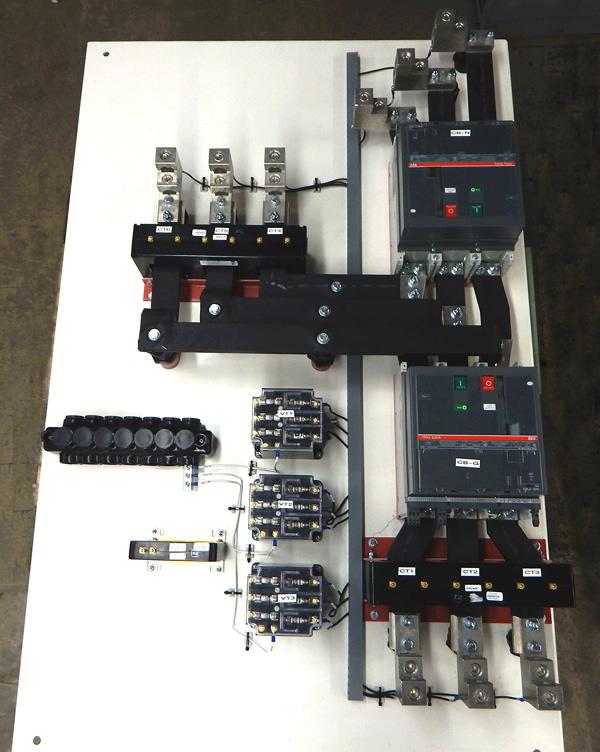 A generator and switchgear controller is installed in another enclosure separate from the 600 V components. The new controls are connected to the generator engine controls and the customer SCADA system for remote control and data monitoring. The separate enclosures allow accessing and troubleshooting controls without exposure to arc flash hazards from the 600V power circuits. 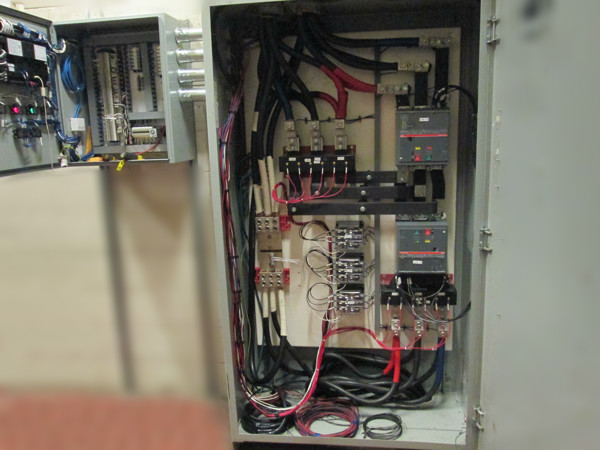 With the new switchgear and controls, the same generator will provide electrical power generation for “peak-shaving” in addition to maintaining its function as an emergency backup generator.

Now, with the ability to synchronize the 2 electrical supplies, the generator will connect and disconnect without any disruption to the building loads when testing and peak-shaving. It will also “bump-less” transfer the building loads back to utility power after operating as an emergency backup supply.